Glasgow’s iconic Woodside Library has been a popular community asset for more than 115 years, having first opened its doors in 1905. It’s one of more than 2,500 libraries around the world funded by donations from businessman and philanthropist Andrew Carnegie, and the first of its kind in the city. In 2021, work started on an extensive upgrade of this beautiful Edwardian Baroque-style building.

AGM Stone were brought in to provide the external fabric refurbishment, a particularly delicate process given the age of the property and its Grade B listing. There were a number of relatively complex processes that needed to be carried out, including a full sympathetic clean to the entire exterior. Cementitious mortar was removed from the joints, and a breathable lime mortar was then used in the repointing operation.

One of the most crucial aspects of this project was the need to colour-match mortar repairs, in order for the façade to remain consistent with its existing appearance. The removal of loose and friable masonry enabled us to take all facades back to a solid base. Various capital replacements were hand-carved by our team.

Many aspects of the building were replaced, including squared, fluted columns, balusters and cornices. Much of the work was somewhat exacting, but the overall look of the finished building made all the effort worthwhile. The Woodside Library, now restored to its original glory and able to withstand everything that the 21st century can bring, will continue to be in important Glasgow landmark and an important amenity for the people of Maryhill and beyond. 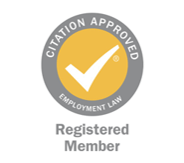